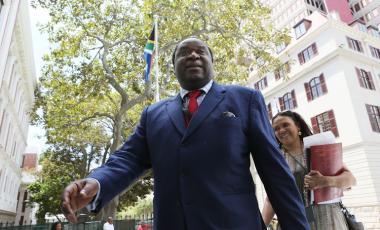 South Africa is set to benefit from a multi-billion rand fund, which will be spent on national and provincial economic infrastructure requirements, according to the National Budget 2020 announced on Wednesday by Finance Minister Tito Mboweni.

Over the next three years the Development Bank of Southern Africa (DBSA) will package blended finance mega-projects of least R200 billion while government has committed R10 billion.

According to Mboweni, the public can now find information on infrastructure projects on the VulekaMali internet portal.

The VulekaMali portal shows that there are currently 25 infrastructure projects scattered across the country that have received funding. The infrastructure projects fall under a variety of sectors including water and sanitation, transport, justice and constitution, health, police, basic education, science and finally higher education and training.

The infrastructure projects that have featured on the VulekaMali internet include Calitzdorp and Ladismith wastewater treatments works upgrade; Cape Town’s Metro Southeast (MyCiti Phase 2A) upgrades and additions;new infrastructure assets for the Durban High Court and the maintenance and upgrades of the Bambisana Hospital amongst others.

The key highlights on Infrastructure announced by Minister Mboweni are:

Unpacking the R261 billion in baseline spending reductions, the first part is adjustments on programme spending of about R100 billion.

Some of these were announced in the MTBPS.

Adjustments are mainly in conditional grants for provinces and municipalities.

For human settlements, adjustments amount to R14.6 billion over the MTEF.

There are also adjustments of R2.8 billion to the municipal infrastructure grant.

While some of these savings are good for the fiscus, in many cases we are also making difficult and painful sacrifices. It is therefore important that we direct our constrained resources to areas that have a high social impact and have the largest economic multipliers.

We shall undertake spending reviews to ensure that we achieve this objective, concluded Mboweni.