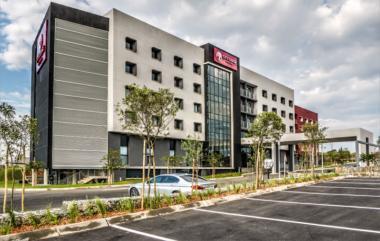 Hotels group City Lodge which owns brands such as Courtyard, City Lodge, Town Lodge, and Road Lodge, could be 50% lower than that of a year earlier due to accounting changes and weak business confidence

The company warned earlier this month that its profit for the half year to end-December would fall by about a half due to accounting changes and persistently weak trading conditions.

Amid accounting changes that bring leases on to the balance sheet, normalised headline earnings per share (HEPS) are expected to fall by between 49% and 54%, the company said.

Excluding accounting changes, normalised after-tax profit in SA — the group’s primary market — is expected to fall by between 12% and 17%.

The group had also reported a fall in profit for its year to end-June, citing weak consumer and business confidence, reduced government spending on travel, high unemployment and uncertainty regarding Eskom.

In morning trade, City Lodge’s share price was 2.03% weaker at R55, putting it on track for its worst one-day performance in about six weeks.