Eskom to dispose property assets, aims to get R2bn 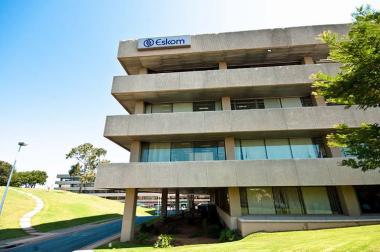 Eskom has plans to sell non-core properties, saying the proceeds will be used to raise the company’s capital.

Financially-constrained Eskom is looking to sell more properties, saying the proceeds will be used to raise the company’s capital.

As part of its efforts to raise funds from the disposal of non-core property, Eskom has announced the sale of two buildings to the Department of Human Settlements, Water and Sanitation.

According to the power utility, this will help relieve some of the accommodation pressures faced by university students and social housing.

The sale of two high-rise office buildings in Kimberley and Johannesburg, previously utilised as regional offices, has raised R76.1 million for the utility.

“In total, Eskom aims to raise more than R2 billion from the sale of non-core property,” Eskom said in a statement on Tuesday.

Staff have since been moved to other locations as part of Eskom’s drive to optimise space and derive maximum value from its extensive property portfolio.

The state-owned entity said this forms part of its approved strategy to responsibly dispose of non-core immovable properties. “The property disposal process is in line with Eskom’s unbundling process and its bid to raise capital.”

The entity said the Department of Human Settlements, Water and Sanitation has been given the first right of refusal on all properties with a residential potential, in line with government policy.

“The department will therefore convert the Kimberley Trust Centre, the tallest building in the Northern Cape city, and the 26-storey regional office in Johannesburg into residential housing units, which will assist the department towards meeting its mandate of providing social housing,” Eskom explained.

In terms of the sale agreement, Eskom said the Kimberley building will be converted into social housing units to meet the demand for residential units, while the Braamfontein building will enable the department to respond to the accommodation needs of university students in Johannesburg.

“Eskom continues to explore similar opportunities in other areas where it owns non-core property stock. It is expected that sales of Die Wilge Flats outside the Kusile Power Station at eMalahleni and the Lephalale Stands near the Medupi Power Station will be finalised during the first half of the current financial year.

“Another non-core immovable property is being offered for sale through the government’s process of property disposal.”