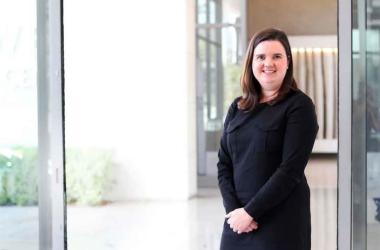 JSE-listed REIT Attacq Limited (JSE: ATT), which owns 80% of Mall of Africa, said a combination of factors had contributed to the positive turn of events.

The group, on Tuesday announced its interim results for the six months ended 31 December 2021.

It delivered a 34.1% increase in distributable income per share of 28.2 cents, excluding profit earned from the sale of residential units of 9.35 cents.

The growth was mainly driven by the dividend received from its investment in MAS of R46.1 million, proving the decision to hold the remaining 6.5% prudent as it delivered capital growth and dividend income for the reporting period.

The company managed to lower its gearing from 46.3% at 31 December 2020 to 38%. The improvement in gearing is attributable to the total interest-bearing borrowings decline of 15.4% to R8.6 billion, compared to R10.2 billion during the comparative period. Additionally, the group maintained a strong liquidity position of R1.8 billion as proceeds from disposals executed during the period under review were deployed to pay down and reduce debt.

CEO of Attacq, Jackie van Niekerk says, “the company has remained focused on delivering on the financial and operational strategy we embedded last year. In terms of the operating environment, we are cautiously optimistic that recent green shoots are heralding a start to economic recovery, an encouraging sign for us and our stakeholders.”

The group’s retail hubs, reported a 96.2% occupancy rate. In addition, year-on-year weighted average trading density grew by 8.7%, with the award-winning Mall of Africa increasing by 14.9%, Garden Route Mall increasing by 10.0% and Lynnwood Bridge – Retail increasing by 9.0%. All assets indicate the increased level of sales as the group wades through to return to 2019 levels.

Attacq recently announced its partnership with IWG (Regus and SPACES in South Africa), to collectively expand their service offerings in an increasingly agile property industry, responding to the varying office needs and the emerging ‘Hybrid’ shift. Starting with Lynnwood Bridge Precinct and then the Waterfall City precinct, Attacq is broadening its footprint, offering flex-space options which will be managed by IWG.

Attacq’s rental income was in line with the prior period at R1.1 billion, with a marginal decline of 0.7% on a like-for-like basis. Property expenses, excluding the cost of sales of sectional-title units, increased by 14.8% to R433.5 million compared to R377.8 million at 31 December 2020. This was mainly driven by bad debt write-offs, provision for bad debts and municipal charges. At the same time, net operating income on a like-for-like basis decreased by 4.6% (31 December 2020: increased by 3.4%).

Furthermore, total assets decreased by 4.5% to R21.6 billion, and total liabilities decreased by 15.4% to R9.7 billion compared to R11.5 billion at 30 June 2021. The respective changes are attributable to Attacq’s concerted efforts to dispose of non-core assets.

Commenting on the financial performance, CFO of Attacq, Raj Nana said, “The last two years were about optimising our capital structure through debt reduction initiatives, whilst ensuring our existing Waterfall City and the rest of South Africa portfolio continue to perform well.”

During the period, Corporate Campus Building 6 was completed with a total GLA of  3 970m2. The centrally located live-work-play precinct has another five developments under construction. These developments include 185 units in the luxury Ellipse Waterfall Cassini Tower, Nexus Waterfall Building 1, Waterfall Corporate Campus Building 7, Cotton On head office and distribution centres, and the first phase of the Vantage Data Centre.

In light of the ongoing global economic uncertainty, the Board has elected to continue taking a conservative approach to capital management. As such, the Board has resolved not to declare an interim dividend.