It has not been an easy road, says Growthpoint Properties 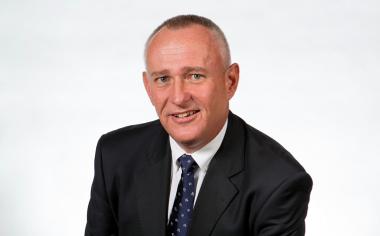 While property fundamentals in SA have been weak, our international investments have performed well and are in strong and supportive property markets, says Norbert Sasse, Group CEO of Growthpoint Properties.

As domestic tenants continue to downsize space, its sheer size and diversity on three continents have helped Growthpoint Properties lift the distributable income of 5.3% to R6.4bn for the year ended June.

Demand for office space remains poor as tenants are spoilt for choice and cutting back on costs.

Growthpoint Properties, SA’s largest listed real estate company, has seen a sharp increase in the vacancies across its buildings from 5.4% to 6.8%.

But the company on Wednesday recorded a 4.9% increase in group property assets to R139.4bn, with most of the increase coming from its international investments.

With the strained SA economy, the company’s domestic portfolio, which carries the group overhead, diluted distributable income growth slightly by 0.2%. The Fund sold 14 assets for more than R2.9bn and has another seven assets of R325.4m held for sale. Property values remained flat at R78.3bn. 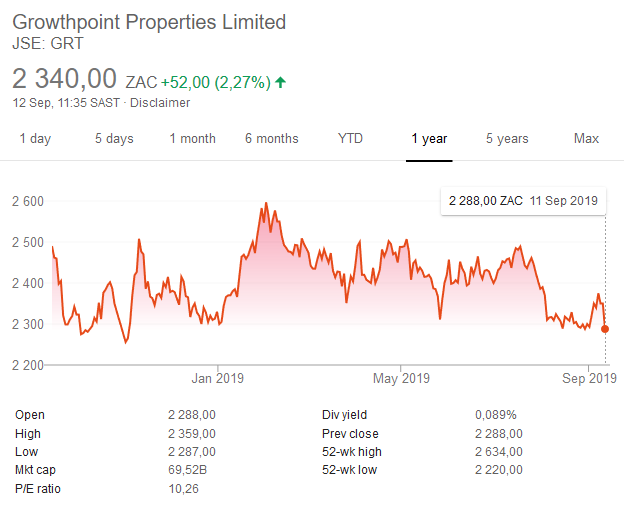 Norbert Sasse, Group CEO of Growthpoint Properties, attributes the performance to two of the company’s strategies, internationalisation and generating new income streams from third-party trading and development and funds management.

“The road has not been an easy one, but we have delivered a robust set of results with significant strategic gains achieved in an incredibly harsh operating environment,” Sasse said.

With its investment in both Australia and Europe this year, 30.3% of Growthpoint’s assets are now offshore and contribute 23.3% to its earnings.

In SA, Growthpoint’s 50% stake in Cape Town’s V&A Waterfront made a positive 1.5% contribution to its distributable income growth.

GHPH has a R2.6bn portfolio of five assets and has attracted some R700.0m in third-party investments. It is investing R100.0m in expanding two of its hospitals and has a significant pipeline of acquisitions and developments, including the Pretoria Head and Neck Hospital. GIAP drew down the first USD32.5m of its USD212m committed capital during the year to acquire 97.5% of Achimota Retail Centre in Accra, Ghana. Then, post year-end, it successfully acquired 100% of Manda Hill Shopping Centre in Lusaka, Zambia. All of its committed capital is expected to be invested by the end of 2019.

Despite constrained consumer spending, Growthpoint also invested R110.0m in the Edcon recapitalisation and reduced its exposure to Edcon by 11% during FY19 alone.

The group also entered talks to buy Capital & Regional, a UK property company with retail exposure to convenience centres in smaller towns and cities including Blackburn, Hemel Hempstead, Ilford, Luton and Maidstone. With many UK real estate investment trusts (Reits) trading at historic discounts to net asset values (NAVs), Growthpoint believes this is the right time to buy assets in the country despite ongoing uncertainty around Brexit.

“The very tough and deteriorating domestic economy is placing pressure on all SA property fundaments, which are expected to deteriorate further. As such, earnings from SA are expected to be dilutive to the Group in the year ahead,” concludes Sasse