By AfricaPropertyNews in Articles with 0 Comments 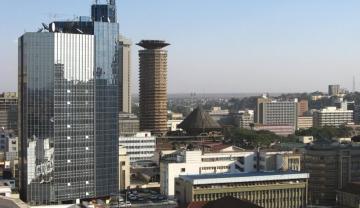 Office building owners in Nairobi are offering favorable leases to Tenants, thanks to a significant amount of stock and upcoming developments.

Office building owners in Nairobi are offering favorable leases to Tenants, thanks to a significant amount of stock and upcoming developments.

The rising supply of new offices is giving tenants an upper hand in lease negotiations, while forcing landlords to slash or maintain rents in order to become more competitive and attract occupants.

Despite variable economic markers, the macroeconomic fundamentals that contribute to the overall dynamics of the property market have remained largely stable in the first half of 2019 says Vivian Ombwayo, Broll Kenya’s Head of Research and Valuations.

Ombwayo says that as a result of increasingly attractive leasing terms offered, A-grade office space registered the highest year-on-year occupancy growth of more than 27% from 65% in the first half of 2018 to 83% in the corresponding period in 2019.

B-grade office space grew at a rate of 9% during the same period, recording an occupancy growth rate of 88% in H1:2019.

“But the key driver to reason we have seen some take up in office space, is that landlords are finally beginning to accept softer rentals and lease terms”, Ombwayo said.

Historically, Nairobi’s office supply has mainly been located within the CBD, but in recent years there has been a notable shift to extended business nodes such as Westlands, Upper Hill, Parklands, Kilimani and Riverside.

Secondary business districts like Karen, Lavington and Gigiri, which were previously predominantly low-density residential zones, are now experiencing a proliferation of office parks, mainly delivering A-grade office space to the market. These areas are particularly popular with multinationals and NGOs.

Westlands continues to lead the market in terms of quality office supply with about 623,000m² of combined A- and B-grade space, of which more than 75% is A-grade. For this reason, it also continues to be the location of choice for corporates.

However, the CBD and Upper Hill remain the preferred location of choice for local and government-based organisations. While the extended business districts are popular with blue chip tenants as they offer quality office stock, are centrally located, close to other socio-economic activities and are becoming the home of the skyscrapers that continue to shape Nairobi’s skyline.

According to Broll, the outlook for the Nairobi office market is expected to remain balanced in favour of the tenant while the overhang of supply is gradually taken up.