Property Investors need to be Patient 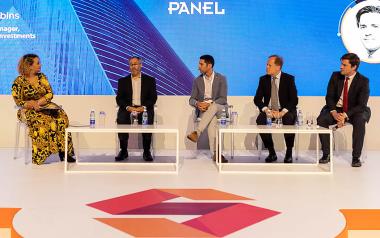 A panel of experts at the South African Property Owners’ Association (Sapoa)’s annual conference told attendees that there were numerous long-term investment opportunities in the country many of which were in real estate.

SA’s commercial real estate sector leads the African continent, with a maturity and sophistication that compares favourably with any developed market.

A panel of experts at the South African Property Owners’ Association (Sapoa)’s annual conference which took place last week in Cape Town, told attendees that there were numerous long-term investment opportunities in the country many of which were in real estate.

“Property is a long-term investment in any country. The economy may be weak now, but things will improve, and growth will return,” Evan Robins, listed property manager for Old Mutual Investment Group’s MacroSolutions boutique said.

“We are hopeful that Cyril Ramaphosa and his new government can quickly publicize and then implement clear policies,” he said.

Rendeavour currently focusses its capital on developing African markets such as Nairobi, Kenya and Lusaka, Zambia. 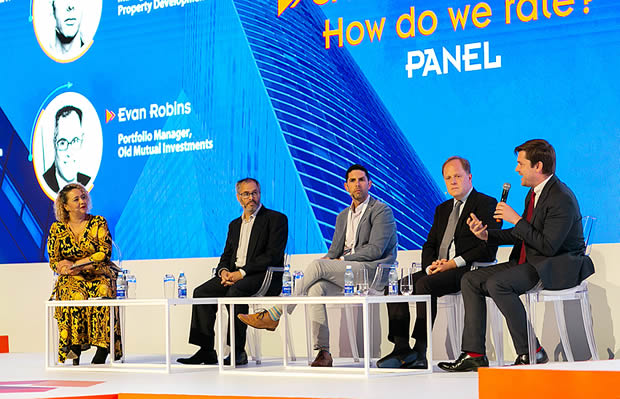 Mendenhall said the potential returns were higher in these countries than in SA, partly because the major cities here were grow from low bases. There was strong employment growth and infrastructure was being created at a healthy pace. This created investment opportunities. SA just didn’t offer projects of similar size. Also, these investment companies would struggle to compete with established players in SA such as Growthpoint Properties and Redefine Properties.

While some investors want to benefit from capital growth in Africa, some want to enjoy income growth.

When asked why only SA and Kenya have real estate investment trusts which are property funds that are forced to pay out much of their income as dividends, Robins said there was not yet enough investment grade stock which could be pooled into these trusts. It would take years but high-grade property would be developed and eventually many African countries would have real estate investment trusts listed on their exchanges.

Meanwhile, Cohen said his company was continuing to invest in niche markets in SA. Signatura was launched by John Rabie, the founder of the Rabie housing group, in July 2012. Signatura develops very high-end apartments.

“We go wherever the returns are and we are finding that in SA in residential. If you understand who you are developing for you can succeed. We understand who our customer is and are managing to maintain growth through an economic recession,” Cohen said.

An example of a successful project was The Onyx. This development on Cape Town’s Foreshore includes studio apartments sized from 35m2 to 200m2. Sales at the development have been very healthy with some 219 units already sold. The property is owned by Nedbank and was designed by architecture firm, Robert Silke.

It was built from a conversion which Cohen said made it easier to make the development sustainable. It includes a hotel component which is administered by Newmark Hotels.

Cohen says African and European billionaires have acquired units in the development.