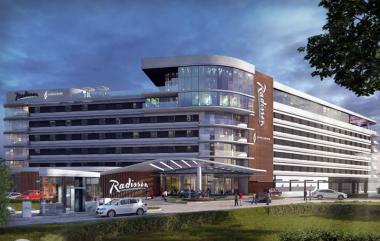 The announcement comes at a time when South Africa’s travel and tourism industry faces mass job losses, business closures, and and uncertain future as a result of the Covid-19 pandemic and subsequent lockdown.

Elie Younes, Executive Vice President & Chief Development Officer, Radisson Hotel Group, said: “We believe in the vast potential of Africa. The addition of the six hotels, following the announcement of Radisson Hotel Saint Denis earlier this year places us firmly on track to reach over 150 hotels in operation and under development across the continent within the next five years.”

Radisson Hotel & Convention Centre Johannesburg will open by the end of 2020 and will introduce the group’s upscale Radisson brand to Johannesburg. Located on a private estate in Bredell in Kempton Park, the hotel has easy access to major highways joining Johannesburg and Pretoria and is approximately 10 minutes’ drive away from OR Tambo International Airport. 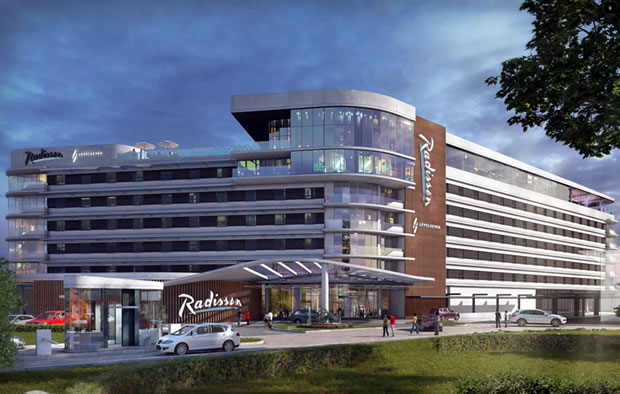 The hotels 289 rooms comprise of 248 which are newly built and 41 which have been converted from an existing hotel.

In addition, it has a large MICE facility, which includes a conference centre with a 1,260-seater auditorium and five conference rooms. The leisure facilities will include a gym, spa & wellness centre as well as three outdoor pools.

It will be the first hotel within Dube Trade Port Special Economic Zone, which forms the heart of the first purpose-planned aerotropolis in Africa, around King Shaka International Airport. The 168-room hotel, scheduled to open in 2022, will have a lobby bar, rooftop all-day dining restaurant and rooftop pool terrace with eight different meeting & event venues. 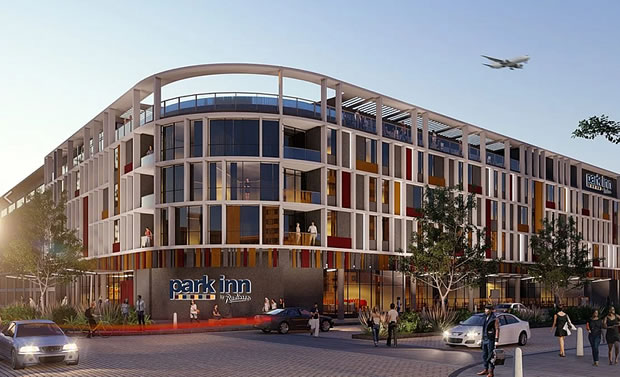 “Our growth has been well balanced between green field projects and strategic take-overs of existing hotels. We aim to further accelerate our presence across the continent through conversions, especially as liquidity remains a critical challenge,” said Ramsay Rankoussi, vice president, development, Africa & Turkey, Radisson Hotel Group.