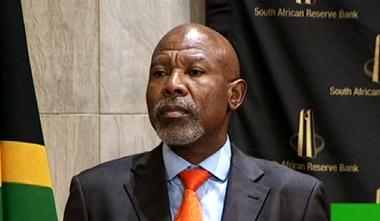 Reserve Bank Governor Lesetja Kganyago made the announcement during the briefing on the monetary policy committee (MPC)’s decision in Pretoria, saying the increases comes into effect on 25 March 2022.

“Three members of the committee preferred the announced increase and two members preferred a 50 basis point rise in the repo rate,” he said.

He said inflation was high due to a number of factors, including high electricity prices: “The banks’ forecast of headline inflation for this year is revised higher to 5.8% primarily due to the higher food and fuel prices.”

Kganyago also said the COVID-19 pandemic came with a number of economic and diverse setbacks: “Since January, the Omicron wave of the COVID-19 virus has transmitted globally with diverse social & economic outcomes. Despite the high infection rate, many economies remained open and, with some exceptions, the economic costs of the virus continue to fall.

He added that: “Even as the economic impact of the pandemic fades, the outbreak of war in February between Russia and Ukraine is expected to reduce global economic growth and contribute to higher inflation.”

The South African Rand strengthened to a five-month high on Thursday, as expectations that the central bank will raise interest rates later this week and portfolio inflows helped it to recover from a dip earlier in the day.

At 1530 GMT, the rand traded at 14.57 against the dollar, firmer than its previous close and its strongest level since Oct. 27.

Although the rand weakened just after Russia invaded Ukraine on 24 February, the local currency quickly bounced back, strengthening to just below R15 to the US dollar. The pullback came under global conditions that have triggered significant rand weakness in the past. These include an ascending US dollar and a spike in global risk aversion unleashed by the war, surging oil prices, and fears of stagflation.

The MPC is moving to hike rates in an effort to subdue inflation, which has been heating up in recent months.

February’s consumer inflation reaching 5.7% – close to the upper limit of the Reserve Bank’s target range of 3% to 6%.

This is largely due to skyrocketing oil prices, which resulted in petrol and diesel prices rising by more than one-third over the past year.

The petrol price is currently on track for a hike of around R1.85 to R1.93 a litre in the first week of April, while diesel prices could see an increase of almost R3 a litre.

In addition, the invasion of Ukraine has triggered large increases in commodity prices, including wheat and cooking oil. This will add to inflationary pressure in South Africa in coming months.

The Reserve Bank now expects headline inflation for this year of 5.8%, much higher than the 4.9% it expected previously. This hike is primarily due to higher food and fuel prices.

But the bank has also hiked its expectation for South African economy growth – which is now expected to be 2.0% in 2022, revised up from 1.7% at the time of the MPC’s January meeting