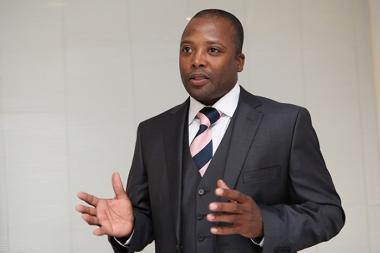 Dipula Income Fund, one of SA’s black-owned property group, has unveiled a takeover bid for SA Corporate Real Estate (SAC), saying it intended to acquire all the linked units in the company.

The recent bid by Dipula comes after Emira Property Fund had proposed to buy the company earlier in July, which proposed a tie-up with SAC to merge into a R15.5 billion group.

Dipula’s share-for-share offer is worth about R9bn. It made an offer of R3.55 per SAC share which represented a 26% premium to the 30-day average price of R2.83 as at July 9. It also trumped Emira’s offer, which amounted to R3.45 per SAC share.

SA Corporate, the property owner whose board has been in a state of flux and whose shares have fallen over the past two years, said in June it had received buyout and merger offers from a number of interested parties.

“A friendly merger will unlock significant value for both companies’ shareholders. We have an aligned and long-serving management team that has demonstrated their ability to unlock value even in difficult market conditions ,” commented Dipula CEO, Izak Peterson.

The merged entity will have a portfolio value of approximately R27 billion, from Dipula’s current R8.6 billion, and a market capitalisation of R13.6 billion, positioning it as a mid-cap REIT on the JSE with eligibility for SAPY inclusion.

According to Dipula, the merged entity will have limited exposure of approximately R2 billion to the depressed corporate office sector. The sectoral split of the merged portfolio by value will comprise approximately 46% retail, 8% office, 29% industrial and 17% Afhco (a residential, retail and commercial property company with the assets primarily located in Johannesburg’s inner-city).

SA Corporate shareholders would own about 64% of Dipula A shares and 70% of Dipula B shares if the transaction went ahead.

There have in recent months been a number of consolidation proposals among the smaller listed property groups.

Fund managers have been arguing that smaller property groups should consolidate to be able to attract more institutional investors and also in response to declining returns from the listed property sector.