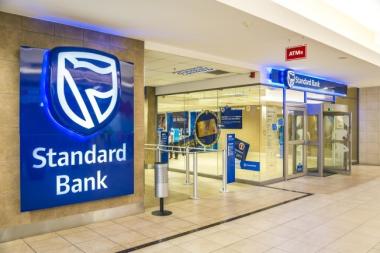 In a move to save costs and access a wider range of clients, Africa’s largest banking group, Standard Bank recently announced that it plans to cut office space by opening up mini branches in Pick n Pay stores.

Pick n Pay said that the branches will initially be available in a few stores across the Western Cape and Gauteng.

In 2019 TymeBank partnered with Pick n Pay to house its over 700 kiosks which has helped the digital bank onboard customers and print their bank cards, giving it some sort of physical presence across the country.

Now, Standard Bank Group recently revealed that it plans to cut head office and branch space by as much as a quarter by 2025.

Chief finance and value management officer Arno Daehnke says head office and branch square meterage will reduce by 20% to 25% as one of the critical levers to maintain cost growth lower than inflation.

These efforts at reshaping its estate “in line with client and employee behaviours” have already resulted in savings of R400 million per year.

It hasn’t just been about cutting space, however.

The bank speaks about a “distribution reset” where 80% of transactions in branch have been digitised, allowing it to shift the focus of staff from service to sales.

It has lowered distribution costs by over R1 billion.

Standard Bank CEO Sim Tshabalala says the partnership with Pick n Pay, which the bank announced on Thursday, is just one example of what the bank plans to do with the “platform” business.

“We will be [giving] people the ability to sell their products and services inside Standard Bank. Some people already do quite extensively in South Africa and on the continent. And we will be doing the same in other people’s systems and platforms,” said Tshabalala.

The move will also allow customers to bank beyond traditional banking hours, and the branches will operate during Pick n Pay’s trading hours.

The banks said that the in-store branches allow it to access a wider range of clients who are able to access banking services where it is more convenient for them.